Easy Brew v3.1.1 is the biggest deployment of updates we've released in one go to the Easy Brew platform since it's launch. There are tonnes of new features and improvements to existing elements. Below we've summarised the improvements to the existing system for you:

Umbraco system upgrades - In the past few months, Umbraco has released a few patches and updates, so we've rolled these out across the Easy Brew network. Easy Brew now runs off Umbraco version 7.15.4, which includes some feature updates, but more importantly, some security patches too, making Umbraco more secure than ever.

Font pre-loader - As Easy Brew websites use web fonts that are pulled from Google Fonts or Type Kit, there is inevitably a split second delay in their loading. To work around this, we've implemented a pre-loader that is activated by default when you transition between the pages of your site, enabling your fonts to quickly load before the page is made fully visible to the user. This pre-loader can still be turned off in the CMS if you do not want it on your site.

Client Logo Section block enhancements - New features have been added to the Client Logos block, including management of the logo sizes (small, medium, large), control of the maximum number of logos displayed on the screen at one time, and the ability to change direction of slider animation to be left-to-right.

Footer section enhancements - we made several improvements and added new features to the footer section of your Easy Brew site, which include:

Open Graph functionality improvements - We improved the method in which the Open Graph data (this is the info about your site such as images, titles and descriptions, that gets displayed on social platforms when you share a link to your site) is pulled into social platforms like Facebook and Twitter, giving you more control over what is shown.

Improved font size control - We've added features for you to control all the font sizes across your site, including; H1, H2, H3, H4 and the default (Normal) paragraph font size. This will allow you more freedom to play around with font sizes to suit your audience's needs. 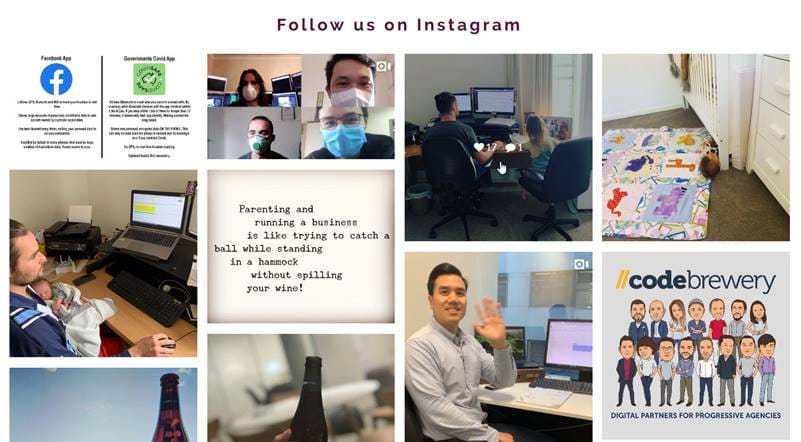 Other minor updates and improvements - We've also implemented numerous other site updates, including:

Don't forget to checkout the second part of this blog for a list of exciting new features that we've added in Easy Brew v3.1. .